Experience has taught me never to expect a one-night trip to be relaxing. The logistics are too much, the down time too little.

Experience has also taught me to not always trust experience, as in the case of San Gerardo.

Though the journey demands a certain level of physical exertion, San Gerardo is the most tranquil and rejuvenating overnight excursion I’ve taken from Monteverde. Located in the Children’s Eternal Rainforest, the biological station is a short trek from Monteverde, but is a world away from it. The trailhead begins in the Santa Elena Reserve and winds its way downhill for four kilometers, drifting from cloud forest to premontane rainforest along the way.

When Molly (2.0) and I set out, the way was freshly slick and muddy, thanks to the perpetual fog and intermittent rain. An hour’s descent of squishing and sliding will deliver you to the station. Now, as a rule, I always leave something important behind. This trip, it was a second pair of socks, making my feet a prisoner of their sad sodden sock cages for the duration of the trip. But no matter! The end of our trek was met with mugs of coffee, tres leches cake, and empanadas de papa, which warmed our stomachs (if not our toes).

The station itself is rustic – minimal but comfortable, directing your focus on the world around instead of within. Most of the construction is warm and wooden, including the bunkbeds in the rooms and the porch overlooking Volcano Arenal.

Adding to the the station’s charm are the caretakers: Geovanny, Ivannia, and their son. They’ve lived in the station for eight years, with Geovanny shuttling his son up to school every day in motorcycle (if you set foot on these trails you will realize the kind of feat this is). Ivannia is a kind, genuine woman and genuinely the best kind of cook.

Eager to see the sun rise over Arenal, Molly and I slipped into bunkbeds early, and before we knew it were sleepwalking from bed to hammock to watch the day unfurl.

Incredible vistas of Arenal aside, the main attraction of San Gerardo is its incredible biodiversity, the beautiful, unrestrained chaos that reigns in the forests. Trails loop away from and back to the station. The amount of detail is overwhelming, a barrage of the senses. 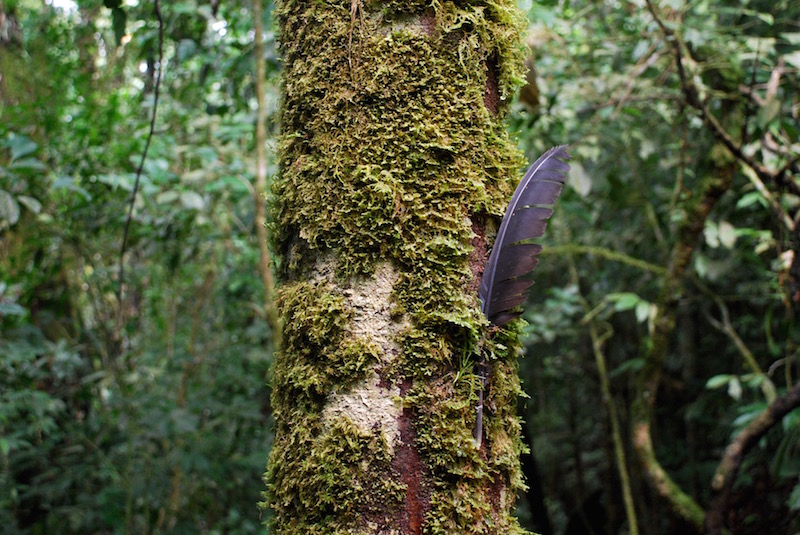 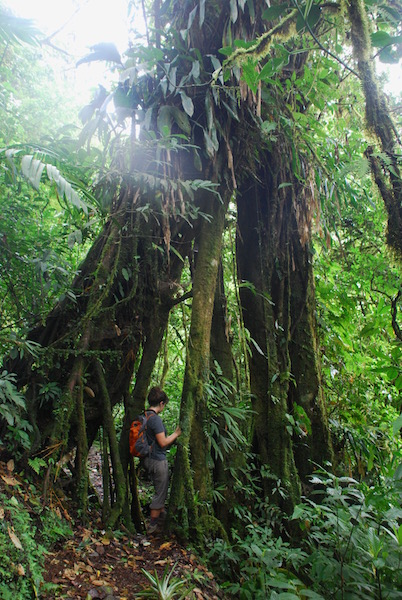 To know before you go: