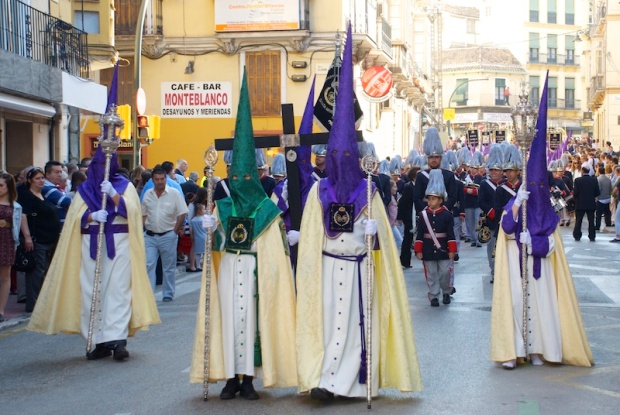 Having lived for six months in a Spain of torrential rain, I was thrilled to finally explore Andalucía, the place textbooks are made of. Andalucía became my Semana Santa destination for its sun, beaches, and the uniqueness of its Semana Santa celebrations. First stop? Málaga.

If you don’t already know, Semana Santa (“Holy Week”) is the week preceding Easter Sunday. Spain has a deep religious history, and Andalucía in particular celebrates Semana Santa with unbridled enthusiasm. Processions go on all hours of the day and night, and are composed of floats and float-bearers, marching bands, and nazarenos.

The processions were impossible miss, clogging every key street in the old town. Nazarenos, the dudes with the pointy caps, gave an eerie vibe to the proceedings. Apparently their faces are covered out of penitence (read more here), but let’s be real, they look like the KKK. That’s enough to set anyone on edge. There’s no connection between the nazerenos and the KKK, but it was disorienting to see wives and kids hugging nazerenos just as you would any other performer in a parade.

For the me, the novelty of the processions lasted all of two days. You’ve got to have a hearty tolerance of crowds and swaying to survive during Semana Santa. If you don’t, you will melt into a helpless puddle of rage. I was in good company, though. A lot of Andalucians flee their region during Semana Santa because it is such a hot mess. I was glad I went, though, because it is truly a remarkable sight. 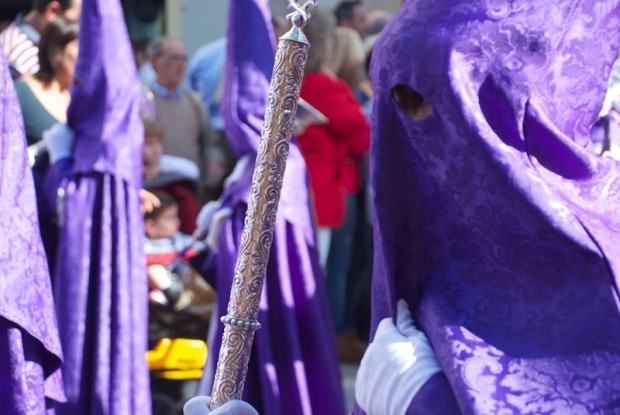 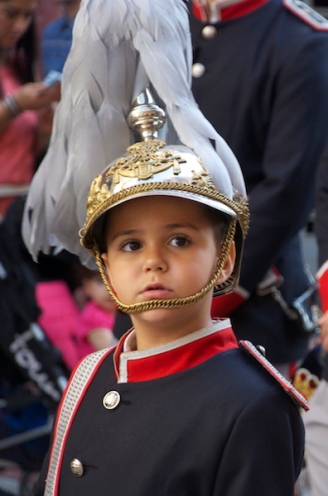 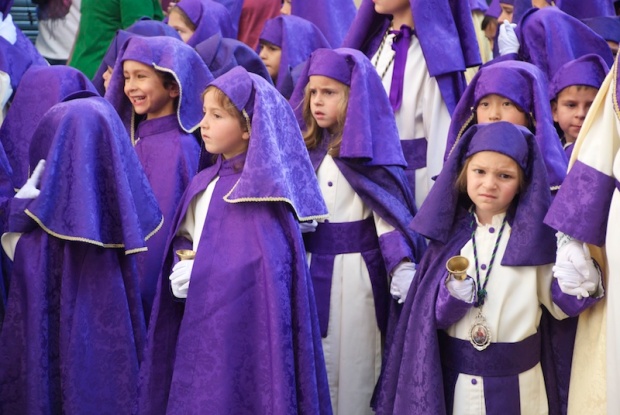 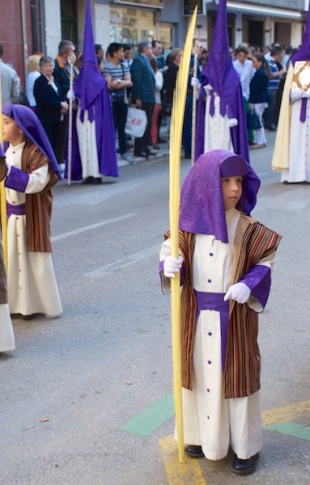 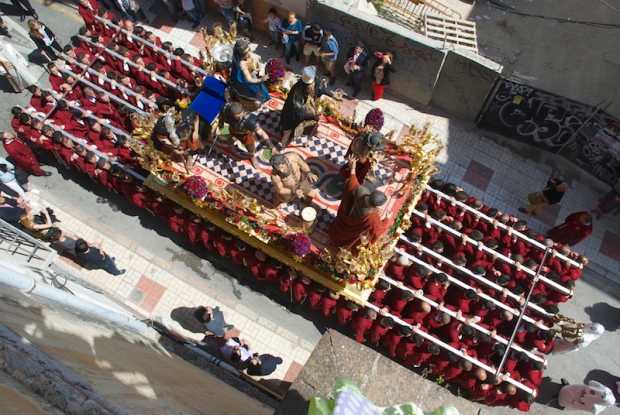 Bird’s-eye view of processions from my hostel (Patio 19). 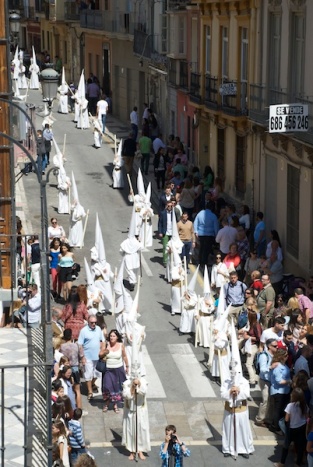 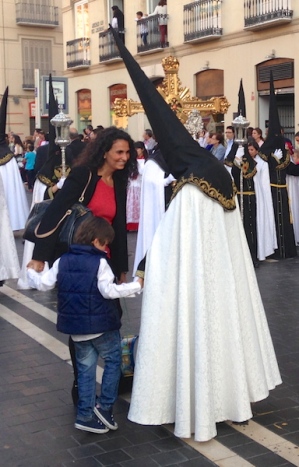 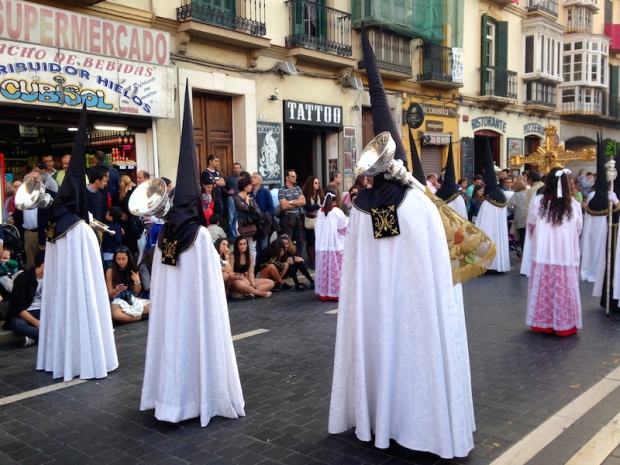 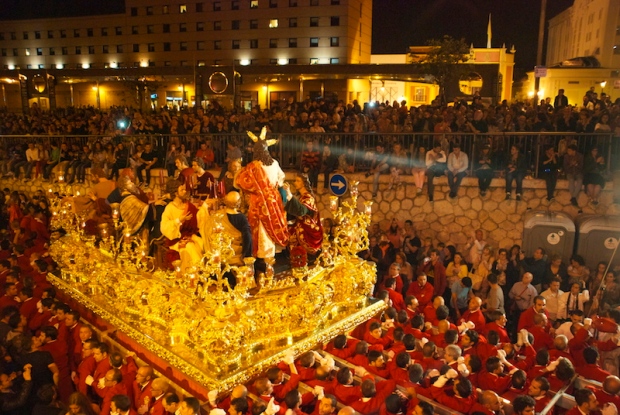 Four o’clock in the morning, from the hostel window. Four. O. Clock. 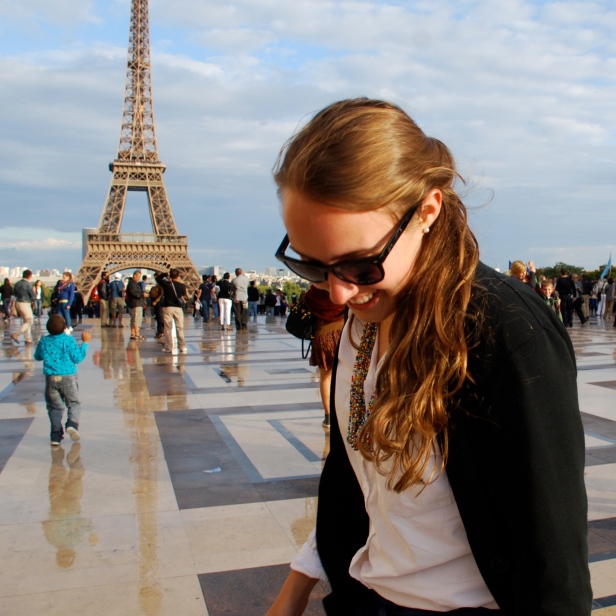